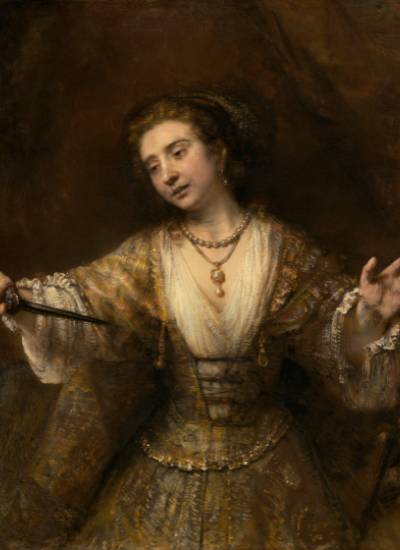 The Rape of Lucrece

Experience the Shakespeare you've never experienced. Opening January 25th, Imago Theatre will host Michael Streeter's unique theatrical production of William Shakespeare's long poem "The Rape of Lucrece". With music by Matt Insley in collaboration with Jessica Tidd and a tour-de-force performance by both, this show is an exciting and remarkable opportunity to experience the poetry of Shakespeare in an accessible form. Until the original production, this poem has never been performed as a drama in the Pacific Northwest.

The chamber art musical "The Rape of Lucrece" is an intense, intimate production featuring a combination of spoken word and song. This two-thousand-year-old timely story will be an emotional and compelling evening of theater.

"The Rape of Lucrece" "... is a remarkably potent and necessary piece in light of its current context. The daily onslaught of headlines about the sexual assault of women by more powerful men - from movie moguls and actors to journalists and politicians - provides an effective backdrop for a piece that explores Shakespeare's mythic reworking of an ancient Roman tale". Prahlad Srihari December 06, 2017.

Join us for a special benefit performance on February 1st when all proceeds will go to Sexual Abuse Survivors Movement/Process Group of Portland.

As the title suggests, this show has adult content and is not recommended for children. CDs may be purchased at the show.